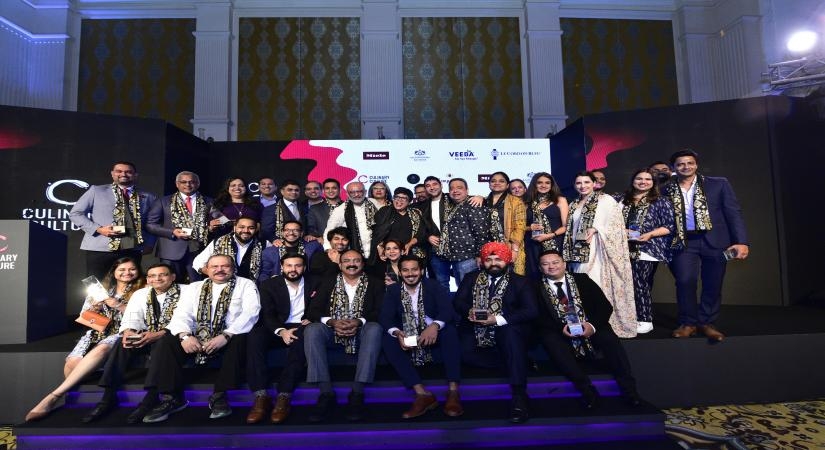 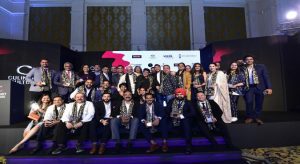 March 21, 2022: Culinary Culture’s FoodSuperstars, a first-of-its-kind annual ranking of the top 30 Chefs from across India, took place in the Capital with the who’s who of the food and restaurant industry in attendance, the goal being to recognise and reward India’s most talented chefs.

The first edition presented by Campo Viejo took place  took place at The Leela Palace, New Delhi on the 19th of March. The annual ranking saw 30 Top Chefs from across India being celebrated as true heroes of the Indian Food & Beverage industry. The Chefs were commemorated with a trophy as a badge of honor while donning special one-of-a-kind bespoke scarves designed by the iconic Indian designer, Raghavendra Rathore.

FoodSuperstars were chosen through a meticulous process that included nominations from Culinary Culture’s seasoned community of FoodHunters, which included over 40 food connoisseurs from across the country. Each nomination was accompanied by an explanation of why the chef in question deserved to be included on the list. The process included a physical session to debate the nominations, during which the FoodHunters were forced to defend their selections. The final list of nominated chefs was then shared with the Secret Jury, which comprised of India’s most renowned culinary experts and foodies. The Jury narrowed the list further to arrive at the Top 30, which was overseen by Vir Sanghvi.

Along with the ranking of the Top 30, it also announced special awards bestowed on Chefs for exceptional achievement through the year. These included awards for Social Activism, Sustainable Cooking Practices and an award to a Food Legend, detailed as under.

Speaking on the occasion, Vir Sanghvi, Chairman, Culinary Culture said, “To be able to finally bring together to celebrate and honor some of India’s most brilliant minds is very heartwarming and something we look forward to do, year after year.”

“It is a pleasure to be associated with FoodSuperstars, honouring the passion and tasteful talent of India’s top chefs with bespoke Raghavendra Rathore Jodhpur accents will be a delightful feast for the senses,” said Raghavendra Rathore.

“Cooking is a good thing, but how far you can part your knowledge to others is most important and that’s the only way to take our Indian cuisine forward. I want this award to inspire the next generation of Indian chefs to go even further,” said Manish Mehrotra after being declared as No.1.

Raaj Sanghvi, CEO, Culinary Culture revealed the company’s upcoming initiatives, “It’s our mission to bring the world’s best to India and next month we will have the greatest chef in the world Massimo Bottura- come to Mumbai and cook at our events in partnership with Masters of Marriott. We will also organize a special session where he will speak to an audience of India’s top chefs”.

At the event in New Delhi, 28 of the 30 chefs were present in attendance and had flown in specially for the evening from cities such as Bengaluru, Goa, Mumbai, Kolkata, Jaipur, Chennai, Hyderabad, Udaipur and Dimapur. To receive the Special Legend Chef award, Barkha Cardoz, wife of the late Floyd Cardoz flew in specially from New York and was given a standing ovation.

The platform is the only food ranking in India with no form of outside influence or commercial consideration. No restaurant or hotel advertisements were accepted. After a very challenging two years of the pandemic, India’s F&B Industry finally came together to celebrate the perseverance of the industry through this platform.

FoodSuperstars presented by Campo Viejo, will become an annual event to honor Indian chefs and will move around Indian cities for each edition. 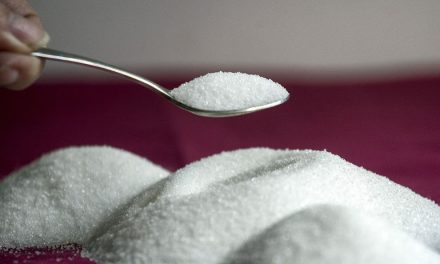 Does the pandemic have anything to do with sugar consumption? 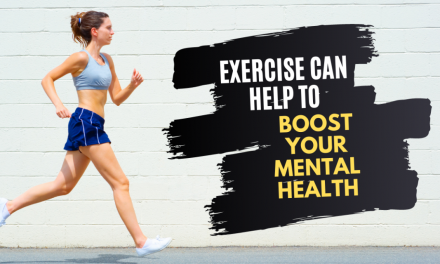 Boost your physical and mental health 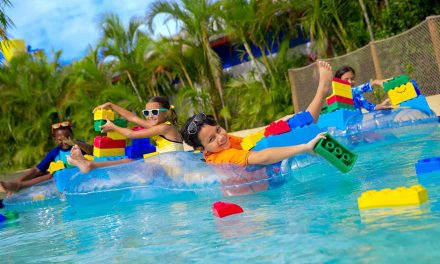 For Your Furry Friends 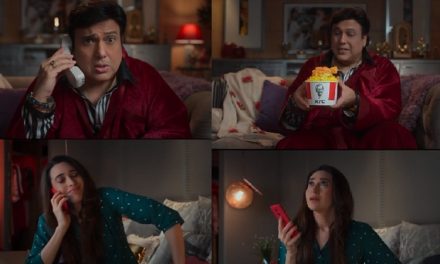