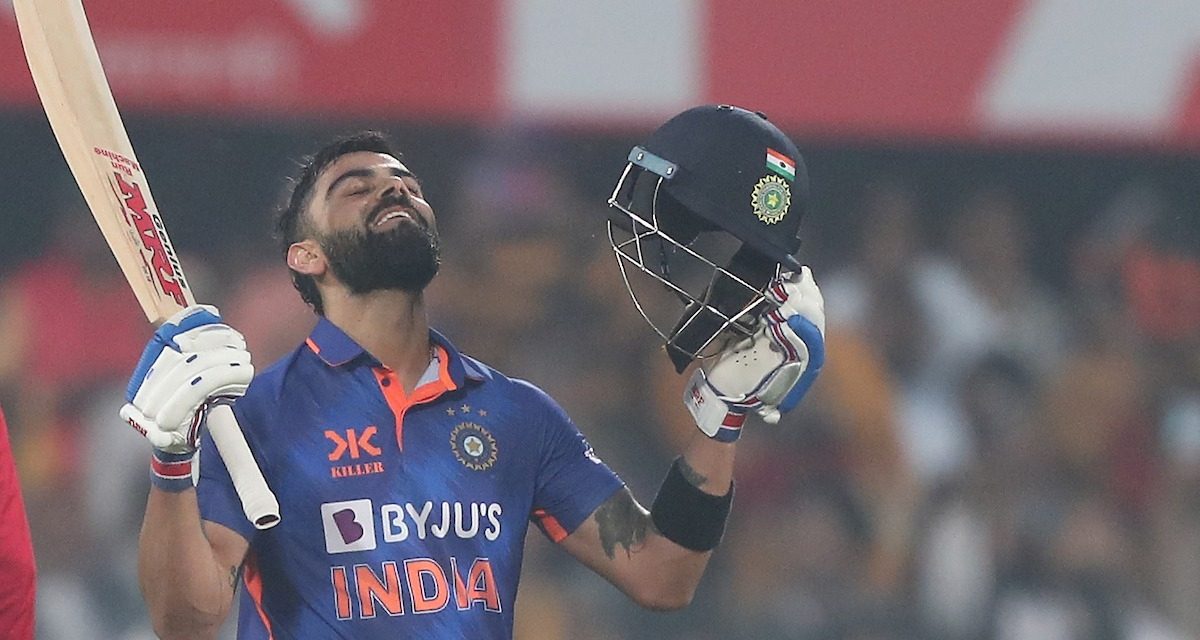 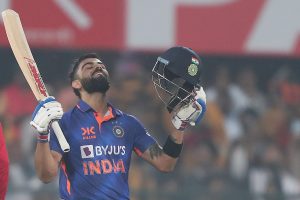 Guwahati, Jan 10 (IANS) In India’s 67-run victory over Sri Lanka in the ODI series opener at Barsapara Cricket Stadium here, talismanic batter Virat Kohli on Tuesday equalled Sachin Tendulkar’s record of 20 centuries in the format at home when he scored 113 off 87 balls, hitting 12 fours and a six.

It was a knock which was a throwback to a vintage Kohli era, using his supple wrists while picking the lengths early, including slower balls, while balancing shots between front foot and back foot to get his second consecutive century in the ODIs. He also made full use of dropped chances at 52 and 81 to propel India to an imposing 373/6.

On being named Player of the Match, Kohli stated that his preparation and intent has always remained the same irrespective of the format.

“I don’t think there was anything different. My preparation and intent always stay the same and I just kept backing my intent. As I said during the mid-innings break, it was very close to the template I play with. I also understood we needed an extra 25-30 runs,” he said at the post-match presentation.

At a venue where he had scored a century (140 against West Indies) in the previous ODI held four years back, Kohli made a stunning return with another century, thus marking the continuation of his good form in white-ball matches since September 2022, coming after taking a break from the game in July.

“The only thing I learnt was desperation doesn’t get you anywhere. You have to play for the right reasons and almost play every game like your last and just be happy about it. The game is going to move on and I’m happy with my space,” he added on learning from rough times. 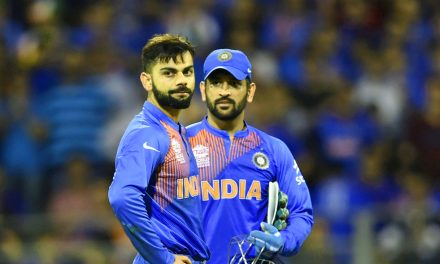 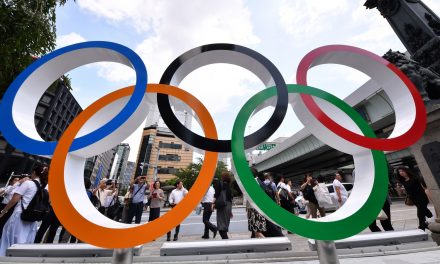 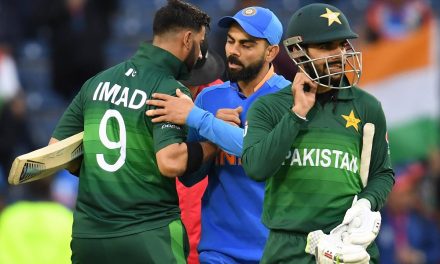 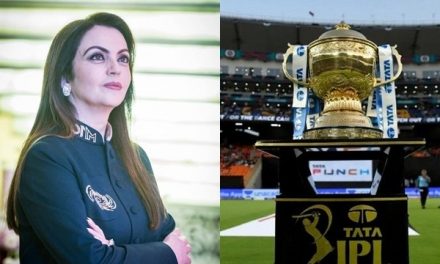 Will make IPL available to every Indian, says Viacom18 after getting digital media rights of lucrative league