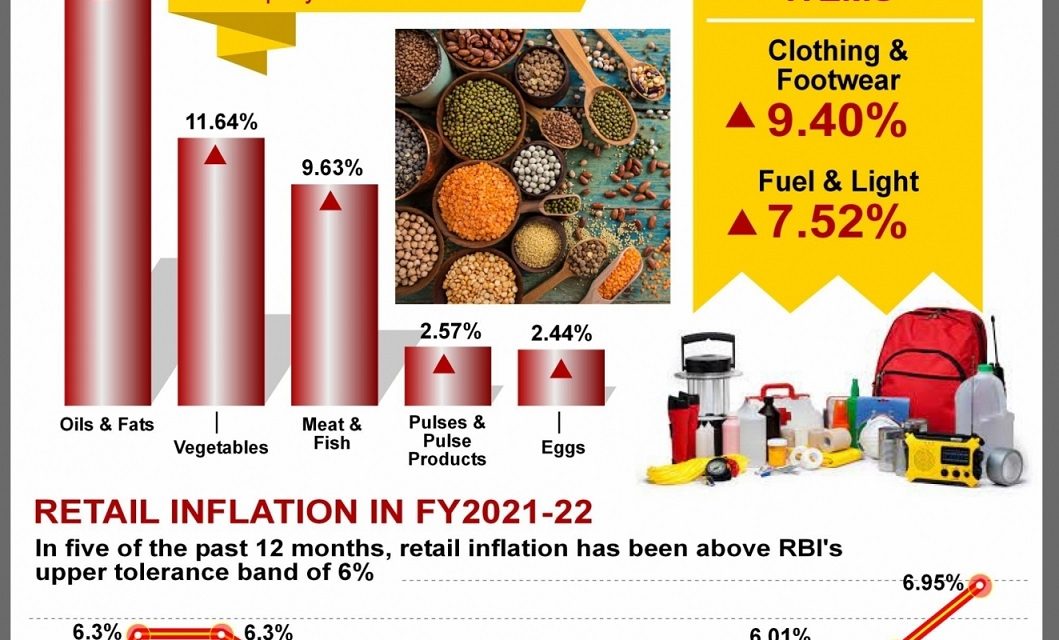 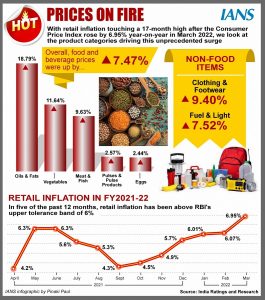 New Delhi, April 12: Higher cost of food items, as well as expensive fuel and manufactured goods like clothing and footwear, pushed India’s retail inflation to a 17-month high in March 2022.

As per the data furnished by the National Statistical Office on Tuesday, the Consumer Price Index (CPI) rose by 6.95 per cent last month from 6.07 per cent in February 2022.

Similarly, on a YoY basis, last month’s retail inflation rose at a faster rate than the 5.52 per cent increase in prices recorded for March 2021.

The trend assumes significance as retail inflation rate remained well above the target range of the Reserve Bank of India, which has a CPI target range of 2 to 6 per cent.

As per the NSO data, the rate of rise in the Consumer Food Price Index, which measures the changes in retail prices of food products, increased by 7.68 per cent last month from 5.85 per cent in February 2022 and 4.87 per cent in March 2021.

Similarly, the overall price of food and beverages category was up 7.47 per cent.

Besides, vegetable prices were up by 11.64 per cent. Furthermore, as per the official data, the inflation rate for fuel and light was higher by 7.52 per cent.

In addition, sub-group of clothing and footwear showed a price acceleration of 9.40 per cent.

“The CPI inflation shot up well beyond our expectations, touching a 17-month high of 6.95 per cent in March 2022, led predominantly by a sharper than anticipated surge in some components of food and beverages such as meat and fish,” said Aditi Nayar, Chief Economist, ICRA.

“Most other components printed broadly in line with our forecasts, suggesting that a gradual pass through of the commodity price pressures has commenced.” 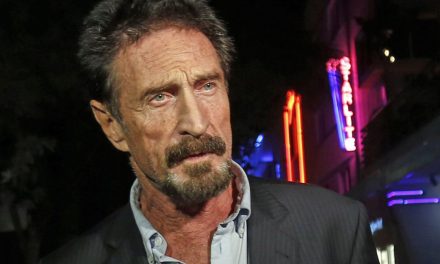 McAfee sells enterprise business to Symphony Technology for $4B 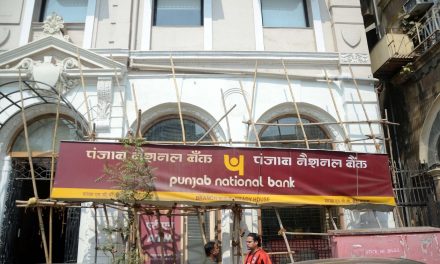 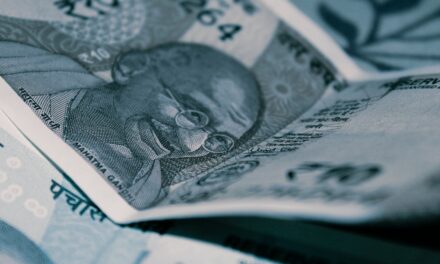 Indian economy to contract by 4.5% in 2020 due to longer lockdown, slow recovery, says IMF 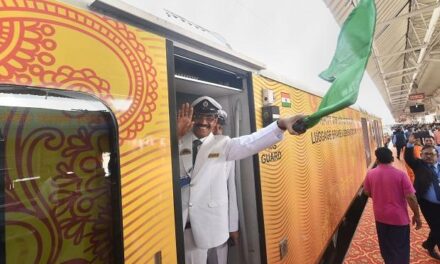