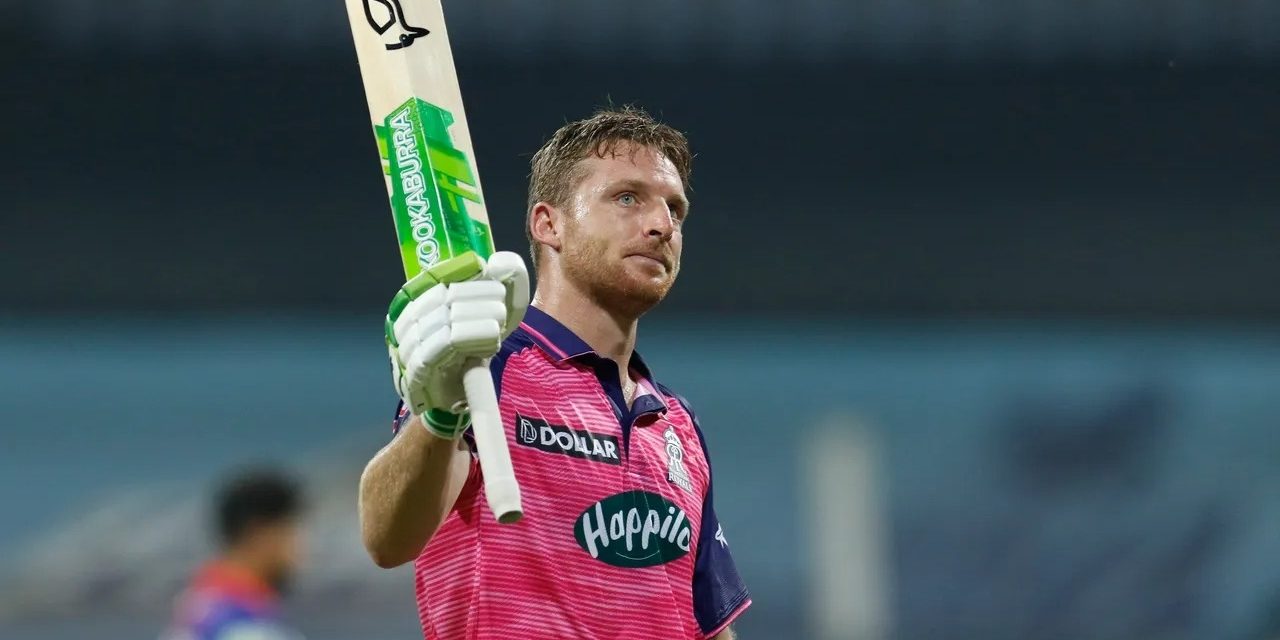 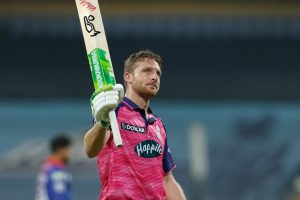 Mumbai, April 23 A clinical bowling performance — after Jos Buttler blasted a 65-ball 116 — helped Rajasthan Royals defend a score of 222/2 against Delhi capitals to register a 15-run victory in Match 34 of the IPL 2022, at the Wankhede Stadium here on Friday.

Prasidh Krishna finished with 3/22 while R Ashwin ended with 2/32 as Royals weathered some anxious moments as they defended their big total to register their fifth win of the season and move to the top of the points table with 10 points, overtaking Gujarat Titans and Royal Challengers Bangalore on higher net run rate.

Buttler had set up the victory by stroking to his third century of IPL 2022 and Devdutt Padikkal contributed a superb 54 as Rajasthan Royals posted a massive 222/2 in 20 overs, the highest score of this season so far.

Jos Buttler stitched 155 runs for the opening wicket with Devdutt Padikkal (54) as Rajasthan Royals posted a massive 222/2 in 20 overs.

Delhi Capitals, already ravaged by a Covid-19 outbreak in their squad, reached Wankhede Stadium instead of MCA Stadium in Pune without head coach Ricky Ponting, who went into isolation after a family member tested positive this morning.

On the field, they ran into Buttler, who was in imperious form as he built his innings with caution before hitting a plethora of shots in scoring 116 off 65 deliveries. This was his third century of this edition of IPL and fourth overall. Virat Kohli had scored four tons in a single edition of IPL in 2016 and now Buttler needs one more century to equal that record. Buttler struck his first hundred of IPL 2022 against Mumbai Indians at DY Patil, his second was against Kolkata Knight Riders at Brabourne.

Buttler scored his 100 off 57 deliveries, hitting eight fours and eight sixes as he and Padikkal raised 155 runs for the opening wicket — their highest partnership for any wicket, surpassing the unbeaten 152-run stand for the third wicket between Ben Stokes and Sanju Samson against Mumbai Indians at Abu Dhabi in 2020. This was the first 150-run stand for the opening wicket in IPL 2022.

Padikkal played second fiddle but displayed his range of shots, hitting Mustafizur Rahman for three successive fours early in his innings as Rajasthan Royals made full use of the opportunity to bat first and set up a big target for Delhi Capitals.

Skipper Sanju Samson stroked to a brilliant cameo of unbeaten 46 off 19 deliveries, capitalising on a dropped catch when he was on 28.

They then came back to restrict Delhi Capitals to 207-8 in 20 overs to seal a win.

Delhi came close in the chase thanks to superb innings by David Warner (28), Prithvi Shaw (37), skipper Rishabh Pant (44) and an unbeaten 15-ball 36 by Rovman Powell to come close to the target but in the end, they fell short narrowly.

Powell raised hopes for a sensational victory by hitting three sixes off the first three deliveries of the final over but he could not complete the chase of 36 off six deliveries as Delhi lost the match.

Delhi started at a brisk pace as David Warner and Prithvi Shaw raised 43 runs in the fifth over before Warner, who hammered Prasidh Krishna to two successive fours in the fifth over and had slashed Trent Boult over short third man. But Warner could not prolong his innings as he was out, offering a thick edge behind to Sanju Samson off Prasidh Krishna, trying to flick a length ball by backing away to the leg side.

Sarfaraz Khan lasted for only three deliveries, caught by Prasidh Krishna off R Ashwin and Delhi Capitals were in trouble at 48/2 in the sixth over. Skipper Rishabh Pant joined Prithvi Shaw in the middle and they raised 51 runs for the third-wicket partnership, both of them hitting some superb shots in the process.

But the good tidings did not last long for Delhi Capitals as Shaw, who survived a difficult chance off Boult and had struck Obed McCoy for a four and six of successive deliveries in the ninth over, was out for 37 caught by Boult off Ashwin as Delhi slumped further into trouble at 99/3 in 10th over.

Skipper Rishabh Pant kept up the chase of the stiff target, hammering Riyan Parag for a couple of sixes — a thigh-high full toss posted over deep mid-wicket and a one-handed heave over long-on as Parag attempted a round-arm delivery.

He was dropped by Chahal at deep fine leg off Prasidh Krishna, his second life after Hetmyer dropped him earlier. But could not capitalise on it as he got out a ball later, caught by Padikkal off Prasidh as Delhi further slumped into the quagmire.

Powell made the match interesting as in the final over when Delhi needed 36 off six deliverie, he blasted sixes off the first three deliveries, raising hopes of hitting six sixes to seal a dramatic victory.

He hammered his third six of the 20th over off a delivery that they argued should be no-ball on height. The umpires ruled it a legal delivery, leading to the Delhi Capitals bench erupting in anger, gesticulating furiously while a staff member rushed into the field to argue with the umpires. In the end, the umpires stuck to their guns.

McCoy bowled a dot ball and allowed only two runs off the fifth delivery and a dejected Powell skied the final delivery for Sanju Samson to pouch it gleefully to signal victory for Rajasthan Royals. 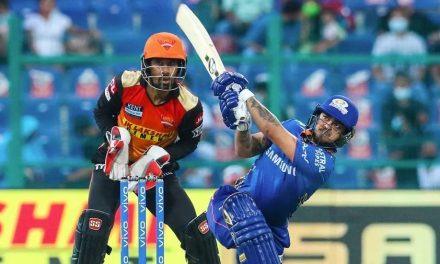 Wouldn’t count too much into IPL performance ahead of T20 WC: Rohit Sharma 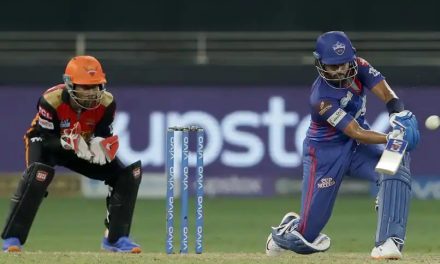 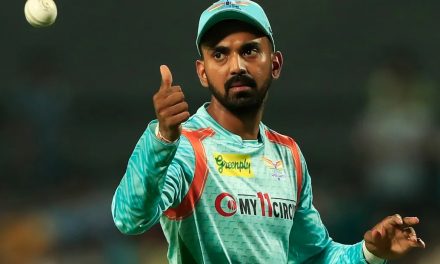 IPL 2022: Game against Punjab has been completely about the bowlers, says K.L Rahul 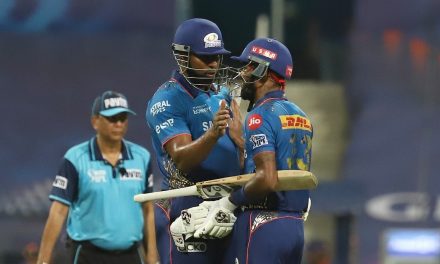